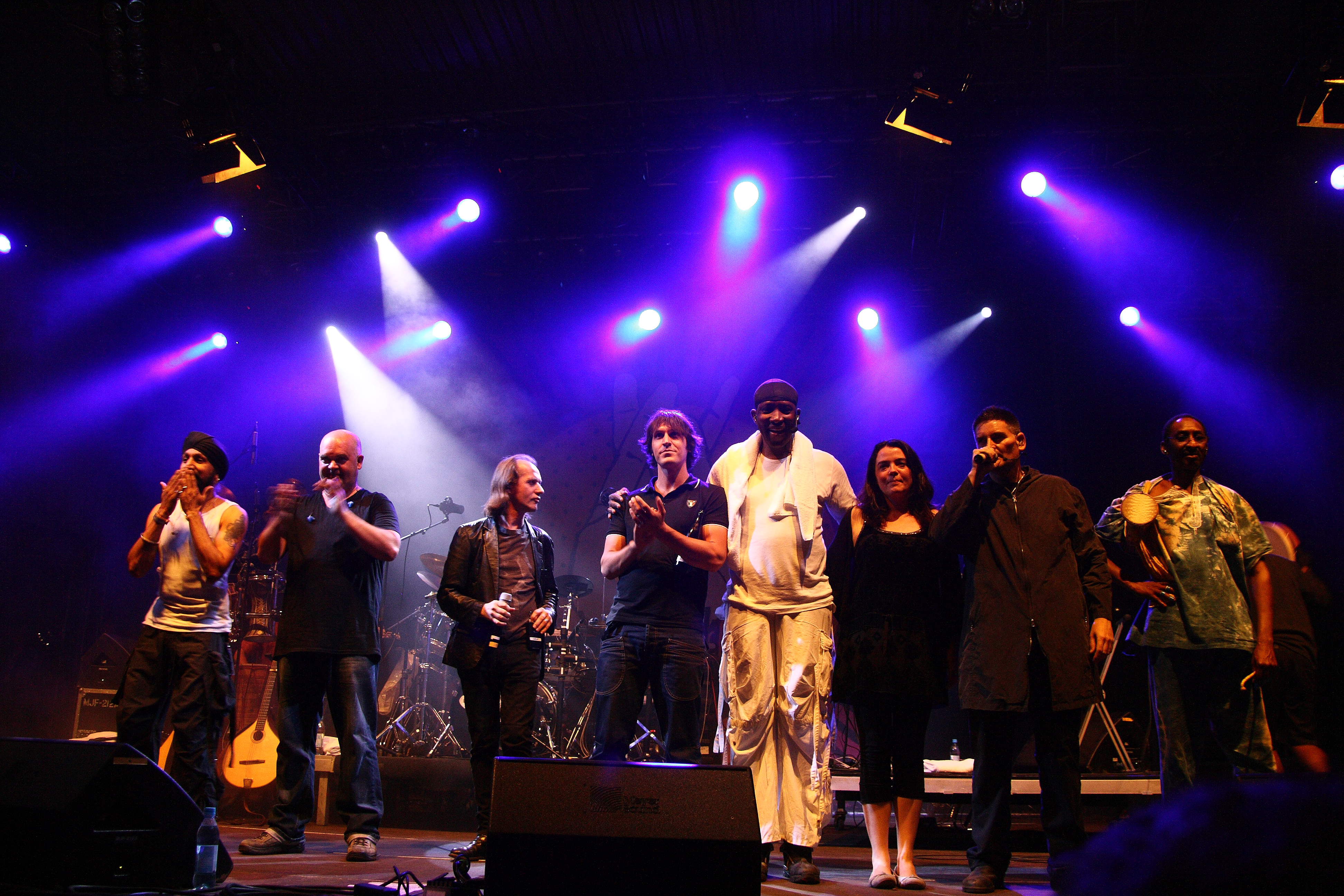 More a ‘collective’ than a band, the name perfectly describes the music of Afro Celt Sound System – a fusion of electronica with the traditional music of Ireland and West Africa. The idea of the project was the brainchild of guitarist and producer Simon Emmerson while making albums in the early 1990s with African pop star Baaba Maal in Senegal. It occurred to Emmerson that there were similarities between some traditional African melodies and Irish ones, and Emmerson decided to bring together African and Irish musicians to see how their traditional music might combine, especially if combined with the popular UK dance music of the time.

Emmerson brought the musicians together at Real World Studios in England, which were owned and run by Peter Gabriel, ex front-man of Genesis and renowned solo artist and world music producer. Gabriel’s record label, Real World, released the result of these sessions as an album called Volume 1: Sound Magic in 1996 which was successful in terms of sales and secured bookings for the group at festivals and dance events.

The core members of Afro Celt Sound System at this time were Emmerson, producer Martin Russell, James McNally (who played Irish flutes, whistles and drums and also keyboards), Jonas Bruce (keyboards), Irish singer Iarla O’Lionáird and African musicians N’Faly Kouyate (vocals, kora and balafon), singer/dancer Demba Barry and Moussa Sissokho (talking drum and djembe). As they were in the planning stages of a second album, Jo Bruce tragically and suddenly died from an asthma attack which affected the other members of the band a great deal. As a result of this, they collaborated with celebrated Irish pop star Sinéad O’Connor on the set-work song which was a tribute to Bruce and became the title track of their second album. Volume 2: Release came out in 1999 and was a huge success, selling half a million copies around the world in its first year.

By now the group was much bigger and regularly collaborated with top musicians from all over the world, including celebrated Irish pipes player Davy Spillane and Scottish hip-hop producer Griogair Labhruidh. The album received a Grammy nomination for Best World Music in 2000 (though the award was won that year by Brazilian artist Caetano Veloso) and was followed up in 2001 with Volume 3: Further in Time, which made top spot in the World Music albums chart and featured Peter Gabriel and former Led Zeppelin front-man Robert Plant. Where perhaps Release was more Irish than African, Further in Time represented an effort to redress the balance with a very African-dominated sound, and the single When You’re Falling (featuring Gabriel) was a minor hit in the USA.

More albums followed in 2003 (Seed – under the shortened name ‘Afrocelts’), and in 2005 (Volume 5: Anatomic) as well as two compilation albums of their previous work, called Pod and Capture, the latter released in 2010. In 2015 there was a dispute between Emmerson and McNally, which resulted in two different formations of the band, both using the same name. This was resolved the following year and though Emmerson and McNally do not work together now, Emmerson’s version of the band is the one that uses the name Afro Celt Sound System, and a new album called The Source was released in 2016. Kouyate, Sissokho, Spillane, Labhruidh and a number of other musicians (including Indian dhol drummer Johnny Kalsi) now tour regularly and perform all over the world.