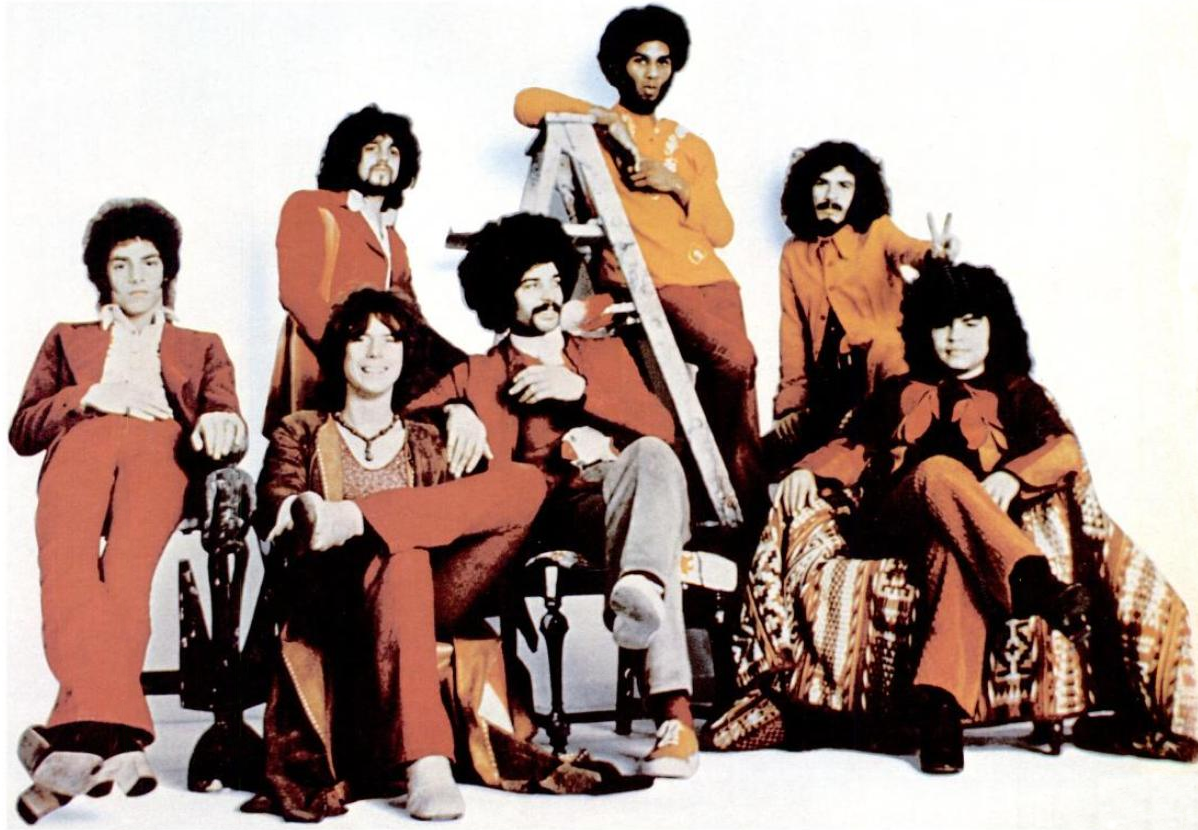 Commercial music as we know it has many roots and has developed in many directions, and fusion plays a large part in much of its progress. The largest single ‘root’ that much popular music can be traced back to is traditional or folk music, which is a fairly general term meaning the music that developed within the culture of a given country or area of the world. American blues, Cuban son, Brazilian samba, Argentinian tango, Indonesian gamelan and Ghanaian high-life can all be seen as examples of indigenous folk music, as can the music heard in the pubs and celidhs of the UK and Ireland or the puppet theatres of Japan.

A lot of commercial recording artists, from the 1960s to the present day, have incorporated folk and traditional influences into their work and created all kinds of fusion with musical styles close to their hearts or local to their homeland. Santana is one such band, drawing heavily on the Latin music heritage of their founder and lead guitarist, Mexican-American Carlos Santana, and combining it with a range of other styles including rock, blues and psychedelic music. Santana formed at the end of the 1960s, at a time when the electric guitar was the driving instrument in rock music and ‘guitar heroes’ like Eric Clapton, Jimi Hendrix and Jimmy Page were at the forefront of the popular music scene.

Carlos Santana formed his band in 1966 in San Francisco, when he was just 19 years old. Born in Mexico, he had learned to play violin and guitar as a young child, taught by his father who was a traditional Mexican mariachi musician – mariachi music is traditional to Mexico and very similar to the son music of Cuba. He moved to the USA at the start of his teenage years and was increasingly influenced by two huge musical movements of the 1950s – the rock ‘n’ roll of Chuck Berry and Richie Valens, and particularly the guitar-based rhythm and blues of B.B. King and John Lee Hooker.

Carlos Santana was ‘discovered’ playing guitar at a venue in San Francisco and quickly formed a blues band with fellow street musicians he had met on the circuit. The band Santana developed a unique sound which combined rhythm and blues with the Latin music that Carlos had grown up with in Mexico. Santana came to real prominence in 1969 when the band performed at the famous Woodstock festival and was signed by Columbia Records, releasing its debut album, Santana that summer. The album and its lead single, Evil Ways were both top ten hits.

After touring to promote this album, Santana returned to the studio and released their second album, Abraxas in 1970, which gave them their first number one. The next album, Santana III also made the top of the album charts in 1971 and it seemed that the band could do no wrong.

However, there were some line-up changes following this album, and though the fourth album Caravanserai did well, the subsequent releases in the 1970s were more experimental in style and failed to set the charts alight in quite the same way – though all enjoyed reasonably good sales. Santana’s sound had moved away from the Latin fusion that had made them so popular in their early years, and in the 1980s there were further declining sales and a long break from recording, though the band continued to perform.

In 1998 the band Santana was inducted into the Rock and Roll Hall of Fame, and the following year a new album was released, which recaptured the Latin-rock style of the early successful releases. This was Supernatural, released in 1999 and making number one in the album charts. This album also produced two number one singles, Smooth and Maria Maria, and it won eight Grammys including Album of the Year.

Follow-up albums, Shaman (2002) and All That I Am (2005) were successful upon release but lacked the ‘staying power’ of Supernatural and the band took another break from recording until Guitar Heaven of 2010 and Shape Shifter of 2012. More recently, in 2016, Carlos Santana brought together his original band line-up from 1969 and released Santana IV, and this album and the supporting tour were well-received.

Unbelievably, Santana’s biggest hit album was their seventeenth, released thirty years after their first album. As well as its impressive haul at the mainstream Grammys, it won three Latin Grammys and went on to sell over thirty million copies around the world, making number one in ten countries. The lead single was Smooth which featured Rob Thomas as lead vocalist, and this single was number one in the US for twelve weeks, while the follow-up single Maria Maria was number one for ten weeks. Santana prefers not to sing too much and other guests and collaborators on Supernatural include Cee-Lo Green, Lauryn Hill, Eric Clapton, Dave Matthews and Eagle-Eye Cherry. One problem with having so many guests was that some critics felt that the album lacked a consistent sound, but clearly the Latin-infused grooves and melodies, coupled with Santana’s unique guitar style, appealed to many.

A slightly unsung hero behind the success of Supernatural was Clive Davis, a record company mogul who had signed Santana in 1969 and was also key to the success of artists like Bruce Springsteen, Billy Joel and Whitney Houston. In the 1990s Davis added to his success by collaborating with Sean Combs, a.k.a. Puff Daddy and shaped the emerging rap scene, before re-signing Santana to his Arista record label in 1999.

Other songs on Supernatural

Though Supernatural does in many ways sound like a compilation album, given not only the multiple guest singers but also the myriad of songwriters featured on it, there are many ‘gems’ on the album in addition to the three songs prescribed for study by AQA. Here is a quick look at the other tracks.

(Da Le) Yaleo begins the album with an infectious, foot-tapping percussive vibe reminiscent of the clubs of Brazil, infused with virtuosic jazz-influenced solos by Santana and also Chester D. Thompson on piano, and this is followed by Love of my Life, one of the prescribed tracks. Next is Put Your Lights On, a rock-influenced collaboration with rapper, singer-songwriter and guitarist Everlast (real name Erik Schrody) who fronted the rap outfit House of Pain and wrote this song while recovering from a heart attack. The song includes words from the Islamic Shahada since Everlast had recently converted to Islam, and he agreed to contribute it to Supernatural when Santana asked him for a song. It was released as a single and won a Grammy, though the single did not chart very high.

The groove-laden Africa Bamba comes next and pays tribute to the music of many cultures, including South America, Africa, Japan and China. It is a re-working of the 1990 song Guerilla by Senegalese band Touré Kunda, who collaborated with Santana on this recording which also features legendary Cuban drummer Horacio Hernandez.  Smooth  – a prescribed track – is next, followed by Do You Like the Way which features Lauryn Hill and CeeLo Green. Hill fronted The Fugees and had also just released a massively successful solo album, and Green went on to have a stellar career as a solo artist and actor and also as one half of the duo Gnarls Barkley.

Maria Maria follows – a downbeat Latin and R&B fusion which was a collaboration with R&B duo The Product G&B. It was co-produced by the legendary Wyclef Jean and was the second most successful single from the album, after Smooth. Next is Migra, the third prescribed track, and then Corazón Espinado (‘Wounded Heart’) in which Santana collaborates with the Mexican rock band Maná. This song won record of the year at the 2000 Latin Grammys and was a huge hit in Spanish-speaking countries. The next song on the album, Wishing It Was, has a very similar salsa-influenced groove to Smooth but is more laid back, featuring the vocals of Swedish singer Eagle-Eye Cherry (who had his biggest solo hit, Save Tonight, in 1997).

The final three songs on the album are all quite downbeat: El Farol, a mellow instrumental, Primavera, which features Toto bassist Mike Porcaro, and The Calling which features fellow guitar-hero Eric Clapton. There is also a ‘hidden track’ called Day of Celebration which can be found at the eight-minute mark on The Calling.